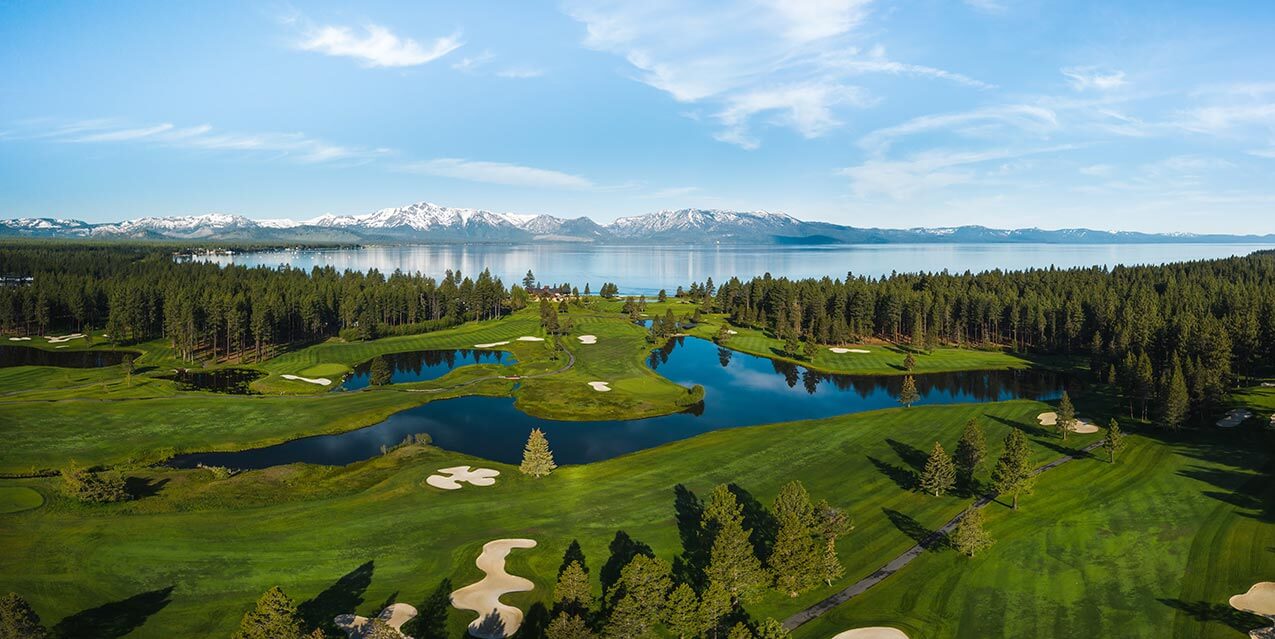 Golf is different up here. Beautifully so. But what do you expect when you’re playing at an altitude of more than 6,200 ft. on the shores of America’s most majestic alpine lake? From the first hole to the last, every Edgewood moment has been designed to provide you with one-of-kind challenges, natural marvels, and enduring, championship-caliber memories.

Since its creation by George Fazio in 1968, and its later renovation by his nephew, world-renowned golf architect Tom Fazio, Edgewood has captured the imaginations and tested the mettle of golfers of all skill levels from around the globe. 1980’s USGA US Public Links Championship was held here, as was 1985’s US Senior Open Championship and it is home to the American Century Championship.

Rated as one of Golf Digest’s top public golf courses, Edgewood has welcomed some of the biggest names in the game. Players like Tiger Woods, Arnold Palmer, Phil Mickelson, John Daly, and Lee Trevino have all teed up here, adding their masterful strokes to this mighty legend on the lake.

Edgewood offers the ideal setting for you to learn and refine your golfing skills. Whether you have never played the game before, or have been at it for a while, we’re proud to welcome golf enthusiasts of all levels and treat them like pros.