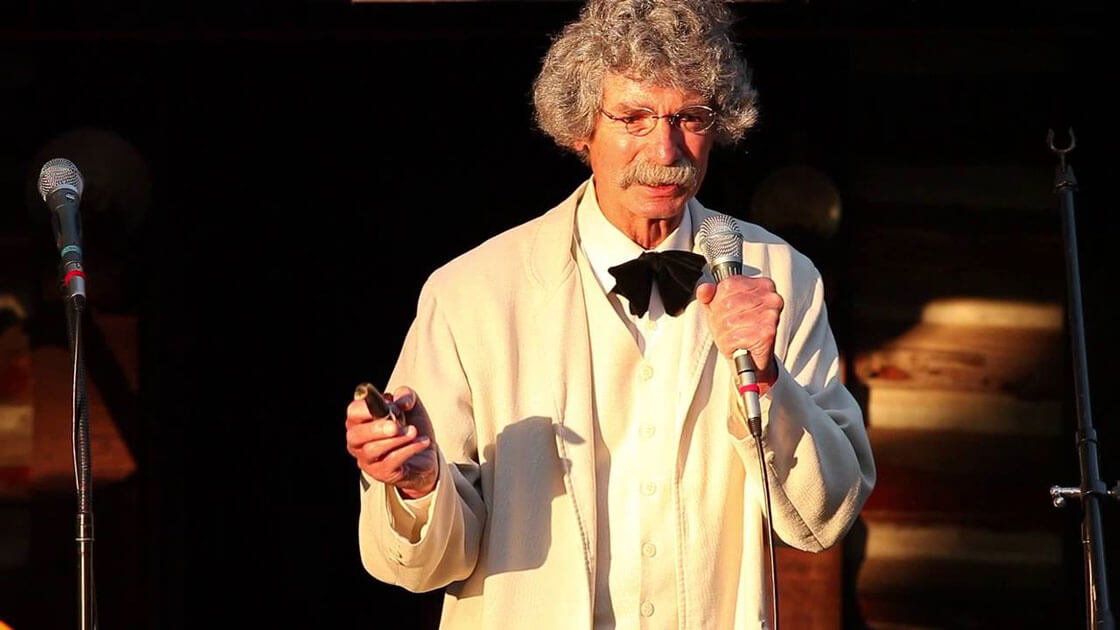 We paddled around on logs on the Lake of the Sky, and it was like balloon voyaging, the water was so clear you could count the scales on a Cutthroat trout at eighty feet.  I had a forest ranger question me on that fact the other night; only because she said a trout doesn’t have any scales.  So I’ve learned not to tell fish stories where they know you, and particularly, not where they know the fish. 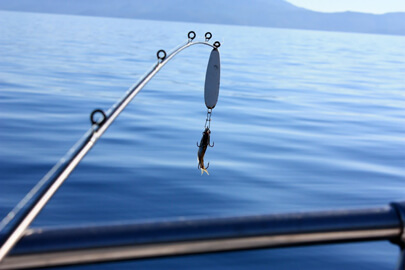 But paddling around on Tahoe, you would see a building looming out of the water at you, then it would turn into a cathedral, until you realized as you passed over, that it was but a boulder, perhaps twenty feet down.  But the water was so clear it magnified everything.  The water was clearer than the air, and the air was the air that angels breathe. 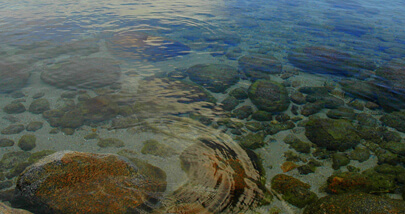 I wrote to my sister Pamela and told her, “Mela, you must come out here to Lake Tahoe… inside of three months you’ll have the strength to knock a bull down with your fist if you want to.”  Three months of camp life at Lake Tahoe will restore an Egyptian mummy to its pristine vigor.  I don’t mean the oldest and driest of mummies of course — but the fresher ones.

If there is any happier life than the life we led on our timber ranch for those two or three weeks, it must be the sort of life which I have not read of in books.  We did not see a human being but ourselves during the those two weeks, nor hear any sounds but those that were made by the wind and the waves, the sighing of the pines, and now and then the far-off thunder of an avalanche.  The eye suffered but one grief, that it but must close sometimes in sleep.  It was a veritable habitation with the gods in the masterpiece of the universe.  No, if Lake Tahoe doesn’t cure whatever ails you, I’ll bury you at my own expense.

If you’d like to hear the rest of the story, join McAvoy at the Mark Twain Cultural Center next month in time for Nevada Day celebrations…

McAvoy Layne is the ghost of Samuel Clemens in A&E’s biography of Mark Twain, and in the Discovery Channel’s Cronkite Award winning documentary, Adventures of Huckleberry Finn.  He is a winner of the Nevada award for excellence in school and library service, and author of a soon to be published memoir, Becoming Mark Twain.

McAvoy will be reopening the Mark Twain Cultural Center & Toccata-Guttman Music Hall on October 25 in time to kick-off the celebration of Nevada’s Sesquicentennial. For “Roughing It” reservations call 775-833-1835.  (Mark Twain’s birth year in case you forget.)  Bring your picnic basket and beverage of choice.  Tickets are $20 cash or check.