On June 20, 2012, indigenous groups from around the world will convene along the shores of Lake Tahoe to start the creation of a 70 foot trimaran blending ‘ancient art with state of the art.’ Upon completion, this “floating university” will travel the world sharing wisdom to protect our waters. 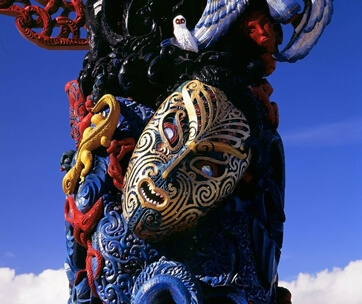 Wikuki Kingi is famous for designing and building beautiful Polynesian catamarans. Last year, his Waka made a trip from New Zealand through the Polynesian chains to Hawaii and then to California, guided by Elders using ancient navigation wisdom of the waves and stars (no GPS).

In 2009, Wikuki and Tania constructed the World Tribe Totem. This project inspired the vision of creating a “floating university,” a vessel that would travel the waters as a sacred container for the “original instructions” of native people’s teachings.

Simultaneously, L. Frank was working on the California Canoe with The Cultural Conservancy of San Francisco, seeking to raise environmental awareness through revitalization of native watercraft. At the same time, the Washoe Tribe and John Dayberry were in their second year of developing the Mayala Watah Experience and the Lake Tahoe Paddle Festival.

Like a perfect storm, the three groups convened at the 2011 Bioneers Conference to form the World Tribe Canoe Group. The group will gather at the shore of Lake Tahoe to perform the blessings, which are as critical as the construction itself.

The goal is to launch at the 2013 America’s Cup in San Francisco. “From there the mission is to be a functional ‘message taker’ and icon for exploring and creating a better future based on wisdom and resilience of indigenous cultures. The world canoe will serve as a symbolic lifeboat with essential seeds, foods, baskets, bundles, and teachings. As an educational, visual and artistic project enabling artists from around the world to take part, it will be unique and original and aid in changing perceptions through creative leadership” states Dr. Nelson.

The group would also like to form partnerships with groups like Rotary International and United Nations who support improving health by providing clean drinking water.

The World Tribe Canoe ceremony will take place at the newly refurbished grand opening of El Dorado Beach Park in South Lake Tahoe. The ceremony will begin at 3:30 pm followed by live music. Liz Brosco will lead a drum circle with Washoe and fire dancers at 5 pm. The California canoe and tule boats demonstrations will be at the Lake Tahoe Paddle Festival on June 23 and 24 from 9 am to 5 pm.